A wide range of recombinant proteins is produced using microbial (E. coli or yeast) fermentation – often being the preferred production method to drive efficiencies in the production process and to be faster to market.

The microbial process offers a lot of advantages – it is a safe expression system, and it allows for rapid and cost-effective development and production, while ensuring product quality and reproducibility.

However, some challenges remain, such as inconsistent protein expression during the microbial fermentation process, or the need to purify inclusion bodies with high-level expression or recombinant proteins leading to the formation of protein aggregation.

Avantor offers a broad range of products to aid in the recombinant protein manufacturing process based on a microbial expression system. These include fermentation products to support cell growth, reagents to enhance protein expression, through a range of products for the purification and recovery of inclusion bodies to excipients to help stabilize the final drug product.

Avantor®’s J.T.Baker® brand offers the only cGMP manufactured IPTG to ICHQ7 standards. That provides biopharma researchers and manufacturers with a solution to help scale recombinant vaccines from research and development to clinical and full-scale manufacturing with speed, quality, and confidence.

Innovation is at the heart of Avantor®’s business model. We carry everything you’ll need to achieve your recombinant protein goals faster, more efficiently, and effectively. Discover high-quality products and services you need for every phase of your workflow. Browse our proteins and peptides product list or choose from our vast selection of protein reagents for the highest level of purity. 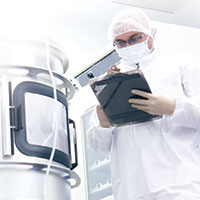 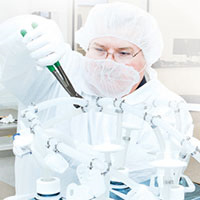 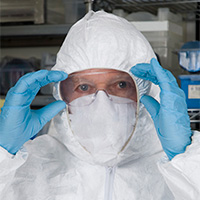 Ready to Get Started?

Our Bioprocessing Solutions team can help you streamline your processes.

What Are Recombinant Proteins?

Recombinant proteins are artificially made in a laboratory using recombinant DNA technology. Cells are typically transfected with a DNA vector, cultured to transcribe and translate the protein, lysed, and purified. There are various ways to complete recombinant protein purification to maximize protein yield.

How Do Proteins Become Recombinant Proteins?

Recombinant proteins are manufactured using microbial (E. coli) expression systems. They represent a group of smaller protein molecules that include cytokine (erythropoietin or EPO), growth factors (insulin), and enzymes (Urokinase), among others.

After the proteins are solubilized and isolated, other mechanical and chemical additions allow proper protein folding. That results in biologically active proteins. Recombinant protein purification utilizing chromatography steps is comparable to that used for other biologics.

Find Everything You Need for Recombinant Protein Production at Avantor